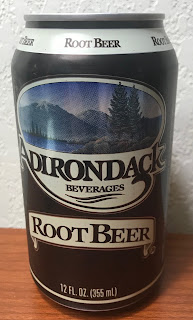 It's a settled matter that the when flying the person in the middle seat gets use of the arm rests since they have the most undesirable seat. The window has a view and can use the wall of the fuselage for leaning against to sleep. The aisle gets quick access to the restroom, which is why i prefer it since i have a little baby bladder, and gets a bit more space to stretch their legs. That leaves the middle, trapped between these two happy travelers left to suffer with no conveniences afforded. Therefore, the least that can be done for this poor soul is to afford them the luxury of full use of both arm rests. As i stated, it's a settled matter. 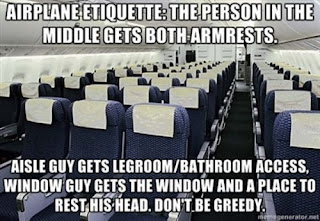 But i came across a situation recently where i don't know the proper etiquette. Who gets the arm rest if there are only two seats in the aisle? The window and aisle seats still have their respective benefits, but there is no decorum that i'm aware of to dictate who has rights to enjoy the arm rest between them. I was in the aisle next to the guy by the window, but that guy hogged the arm rest and i didn't feel like i had grounds to scold him or demand my share of the arm rest. Someone help me out please.


So I probably wouldn’t be posting this one since i just posted yesterday except that I find myself in freezing cold Albany, NY for work and stumbled across a few regional root beers that I have to drink and review while here because I can’t bring them on a plane. So let’s get to it, shall we? Adirondack Root Beer is bottled by Adirondack Beverages Co., named after the majestic Adirondack Mountain range in northeastern New York, Vermont, New Hampshire, Massachusetts and even up into Canada (I think), which is named after a not so fancy and uncomfortable outdoor chair common among patio furniture sets and often made of wood or plastic. That’s right, the mountains are named after the chair, so there is no need to do any further googling. Just trust me. The company started way back in 1967 in Scotia, NY, was acquired and dismantled 9 years later in 1976, and apparently came back by popular demand (or so the website would have you believe) in 1980. They have been pumping out seltzers, bottled water, flavored water, and full sugar and diet sodas ever since to serve the New England region of the United States. I think it’s healthy for people and companies to be proud of their accomplishments and all, but these guys seem like they are a little too into themselves if you ask me. You’re just bottling soda people. Just relax a little.
And although I mentioned bottling, I actually got this in a 12 oz. aluminum can because that’s what was available to me at the local Hannaford Grocery Store here in Latham, NY (a suburb of Albany). The can is colored brown and cream, which are traditional root beer branding colors, but the label has a beautiful picturesque color image of a lake and some mountains and trees based on a real place here in the state. The website has a similar photo of the image on the can as well as many others showing the natural beauty of this area. Since I’ve been here for only 3 days and have only seen gloomy gray skies and temperatures in the low 30’s (talkin Fahrenheit here people), just looking at these images is a welcome respite from deep winter depression that seems to cripple people’s livelihood in this part of the country. And I know 30’s isn’t even that cold compared to a lot of places, but for a thin blooded Arizonan like myself it’s enough to make me hole up on a subpar Holiday Inn Express and type away on my computer about root beer of all subjects just to avoid from being outside in the cold. Anyway, that is all to say the label is decent.
This root beer is flavored with high fructose corn syrup, which has been under attack for a while as an extremely unhealthy sweetener and a huge culprit in the obesity epidemic in this country. It’s almost rare to find these kind of root beers that are not flavored with pure cane sugar these days. But the fact that this one still holds on the high fructose corn syrup is only one or many unnatural and processed ingredients in this root beer. There’s nothing in this root beer to make it stand out. It’s not unpleasant, but it’s just barely even there really. The taste in total is so subtle that it’s hard to point out any of the flavor profiles. I guess it’s faintly root beer flavored, but it’s almost overwhelmingly flavored like nothing at all. It’s not even enough of a thing to be disappointing. I bought a 6 pack of this stuff and I don’t even want to finish this one I am drinking while writing this. I guess it’s refreshing, but it doesn’t really tickle my pleasure centers the way a good root beer should. Did that last thing I said sound creepy? Cuz even I felt uncomfortable typing it.

My official review is Adirondack Root Beer gets 3 (three) IBCs. This is a bit critical. Honestly it’s not a terrible soda. It’s just a nothing soda. And it’s not even unique that it’s nothing. There are plenty of bland root beers out there. I think most of the bad score from this one comes from the fact that I’ve been cold since I got here and I can’t seem to get warmed up no matter what I do. So I’m afraid I’m just gonna take it out on you Adirondack. The mountains look pretty, but that’s the only thing about Adirondack worth admiring (lookin at you chair).