It's time once again for another review and i am happy to say this is kind of a "two-part" review as we will be discussing this root beer and a sister soda soon to follow. Dang! (that's good) Root Beer is bottled by Imperial Flavors and comes from Milwaukee, WI. Imperial Flavors has been in business since 1964, but i am not sure this root beer has been around the entire time. They also make several other flavors of soda under the Dang! brand. It's a catchy little name for a soda, not unlike So-Duh brand root beer that i reviewed a while back. I believe i got this from the Soda Emporeum. Either that or the Root Beer Store. Those are my two go to places right now, as any regular reader (which i am sure you all are) would know. Not much else to say for a preamble… so hows about we just jump into it.

I see pics of this root beer on online shopping sites as a tall 12 oz. dark brown glass bottle, but the bottle i got happens to be a stubby one (which i like). The label is very simple by catchy and probably hasn't changed much or at all since the 1960s. It's a solid brown background with an orange circle and the logo of the root beer pasted across the front. I also noted that the orange cap matched the orange circle on the label. The "Dang!" is very large and noticeable, while the "that's good" is almost an afterthought. It's almost like they were trying to capture a thought in a bottle. 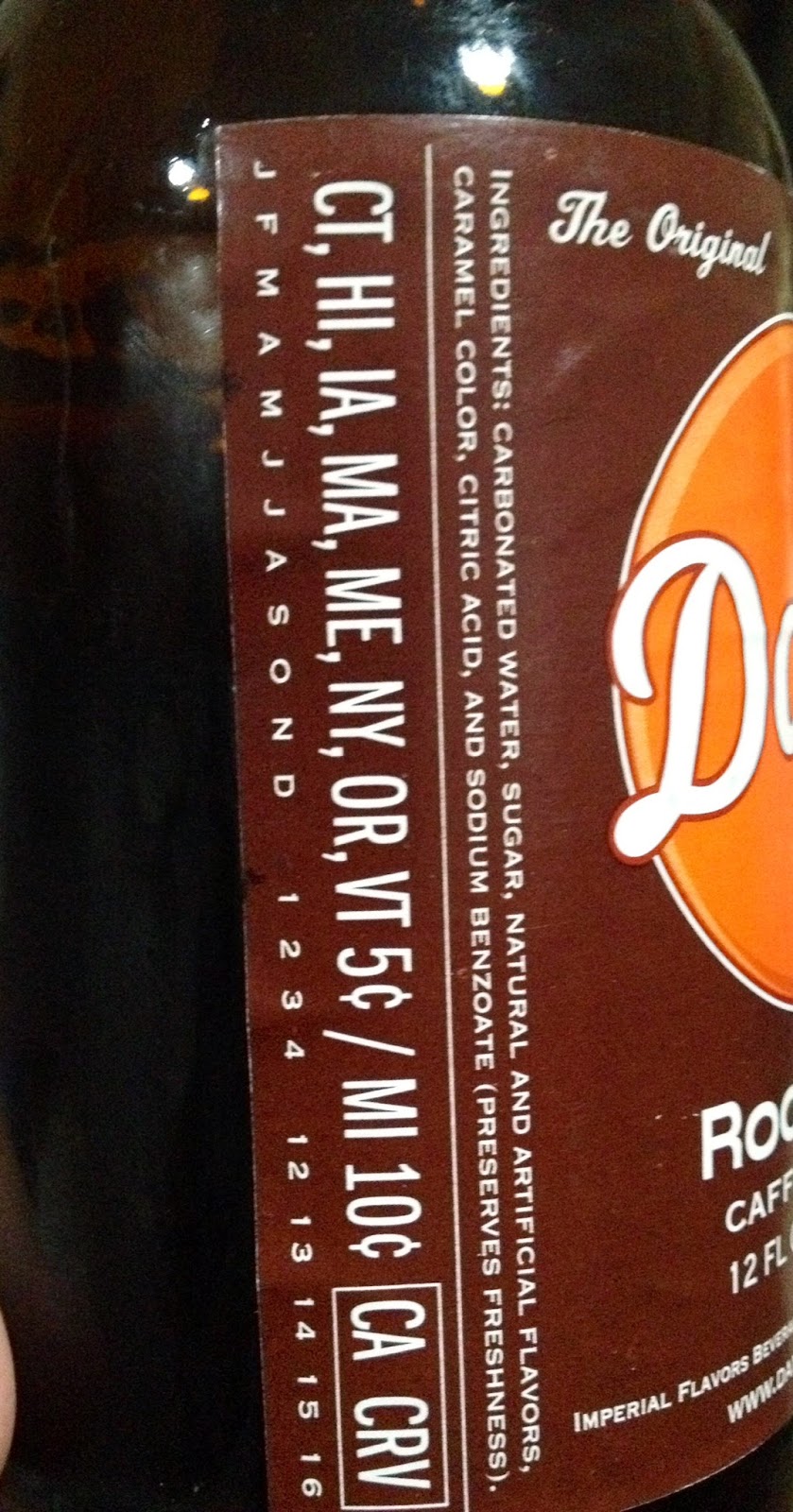 I also thought it was interesting that they used the same type of little letter coding on the side of the label as Steelhead Root Beer did. It's not exactly the same, and i had to get a little help cracking the code cuz i'm a dummy (see Steelhead review), but i wonder what the significance of it is. Why put it on a root beer label? Are the month and year supposed to be circled so we know when it was brewed or something? Actually, i think that really is what it's for. So never mind about those last couple questions.

I actually like this one quite a bit. Better than average even. It has a sold root beer flavor with a very slight hint of wintergreen, good carbonation, and it's sweetened with cane sugar. Kinda of a creamy finish and doesn't leave a bad aftertaste. Really can't complain. I don't think it's on the Mt. Rushmore of root beers, but it's a solid one. And because of that, i think i will be fairly generous to this root beer with my rating (spoiler, but not very much of one because my rating is just below this sentence).

My official review is that Dang! gets 7 (seven) IBCs. It's a good root beer, much better than average or mediocre and therefore deserves to be elevated above a 5 or even a 6. Well done city of Milwaukee. You've managed to give me something to say about you.