Alright... so i have been majorly slacking this year and for that i apologize. But i intend to make it up to you before the end of the year (within reason of course).
So it should come as no surprise that i like BBQ. I think that's obvious from my writings, and if you didn't infer that from my love of root beer then i guess that means you're just a dummy. Anyway, i went to eat at a place called 4 Rivers BBQ in Orlando a while back. It was decent food i suppose, but i much prefer Bubbalou's. If you want some real good BBQ, that's the place you need to go. But while i was at 4 Rivers i saw a bottle of Brownie Caramel Cream Root Beer and i figured i had to try it (turns out i also had a bottle of this at home in my fridge, i just hadn't reviewed it yet). I was unable to dig up reliable and credible history on this brand, but i did read some posts on a root beer forum (they have those?) where someone claimed to be the grandchild of the owner of Brownie Root Beer Co. brewed in Minneapolis in the 1930s, but they had no info on the history of the company and wanted to inquire if anyone else did. The label says this brand has been around since 1929, making it a legacy root beer in some circles, and it's currently brewed and distributed by our friends over at Orca Beverages in WA. And although i know everything of relevance there is to know about root beers, i didn't care to waste my time learning about this one. So there you have it. Some hearsay. What do you expect? I've only posted one other time this whole year.

Both bottles i had were the traditionally 12 oz brown glass bottles, but the caps were different. The cap in this picture is just a solid orange color while the bottle i got from 4 Rivers actually has the Brownie logo printed on it. Pretty nice addition to my bottle cap collection. You never know, those things might become our currency some day. I like the label. It's a big time throw back to old school advertising. From what i read on the afore mentioned forum post this may not be the original logo, but it features a little cartoon "sprite" and some basic colors (red, white, blue, orange) as you can clearly see. I don't know why i even try describing these labels. Just look at the picture i posted. Unless you're blind and listening to this blog through some sort of text-to-talk device in which i feel the piss poor description i gave is just going to have to suffice. Some people have told me i've lost my passion for this job. Well... 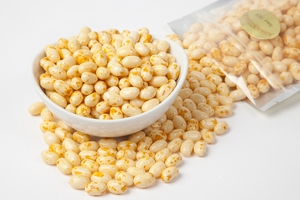 My official review is that Brownie Caramel Cream Root Beer gets 3 (three) IBCs. Let it be known that i don't find this stuff undrinkable or even gross, it's simply not to my taste. It's really sweet and doesn't satisfy my root beer itch. I wouldn't go out of my way for one. But i also concede that others may like the flavor and actually find this root beer enjoyable. And that's why those people aren't allowed to read my blog anymore.
Posted by My name is Cosmo at 12:24 PM No comments:

Oh my lovely readers, it has been too long, and for that i apologize. I have really fallen off the root beer radar as life has overwhelmed my little Floridian family these last few months. Not an excuse, just the reality of my situation. But i want to jump back on the horse in professional fashion with a great root beer to tell you about. Hippo Size Jumbo Root Beer comes from Texas and has been around since 1927, making it one of the oldest root beers i have reviewed to date. It's currently distributed by our friends at Orca Beverages, but i picked it up from the Soda Pop Stop (which has a newly redesigned and updated site if you're interested). I did a little... ok, almost none, but a little research trying to figure out some of the history behind Hippo Size sodas. I know the Texas based line of sodas has several flavors to choose from, but it seems like a mystery the internet has not yet divuldged regarding the founding, rise, and eventual falling away and restoration of this brand of soda. Maybe it's a neat story. Maybe not. I don't really care ultimately, but i try and give that info to any of you who want to know about it. All i care about is the important stuff. Like why none of these root beer companies are trying to bribe a good review out of me. Seriously people, i have very little integrity and am easily bought.

Granted, i like the bottle. It's a stout 12 oz brown glass bottle which i have commented on previously. But i gotta say, i love the label as well. It's very simple, but very powerful. I could see myself wearing a T-shirt with this logo on it (i.e. i will also take payment in T-shirts root beer companies. VERY easily bought). I dig it a lot. It's not messing around and gets right to the point. This root beer has big taste. And it's dangerous, like a real hippo. If i've learned anything from living in Florida and owning a Disney World season pass, it's that hippos travel in groups called bloats and they kill more humans every year than sharks do. So get ready for this thing to pack a punch, and be careful. It might kill you. *Disclaimer: this root beer will likely not kill you.*

I think i showed my hand already at the beginning of this review, but to remove all ambiguity i'm gonna come right out and say that homosexuality is a sin against God. Oh, wait... wrong blog. Sorry, what i meant to say is that i really like this root beer. It has a great, classic root beer taste with a wonderful wintergreen undertone and a refreshing aftertaste (something that has been lacking in most of the root beers i have reviewed recently). It was a little lacking in carbonation, but it is flavored with cane sugar and is really enjoyable from start to finish. My son drank most of it, but that's just cuz he's 3 and loves "spicy drinks" (aka sodas). My wife agrees that this is one of the better root beers i have reviewed recently. And my daughter didn't say anything cuz a) she's a dumb girl with a small brain, and b) she's a potato. Yeah, that's right readers. I have a 3 month old daughter. Hence the long lapse in reviews. I already apologized, don't humiliate me. I named her after my friend Richard Parker whom i have referred to before in my reviews. Thats all i will tell you savages about her, so don't ask.

My official review is that Hippo Size Jumbo Root Beer gets 8 (eight) IBCs. It's a really good root beer folks. For reals, go get yourself one. The price Orca charges is a bit steep, but i wouldn't be opposed to get more than just one or two of these things if i came across them. Ordering them online might not be the right way to do that though. Shipping gets expensive. So if you find these in a store somewhere, get yourself a couple and drop me a line to know where you can get them in person. Also, drop me a line if you're interested in a healthy white baby girl for a discounted rate. These student loans are crushing me.
Posted by My name is Cosmo at 6:43 PM No comments: